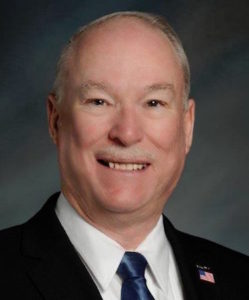 As a  lifelong resident of Nashua – went through the Nashua School system. Graduate of Nashua High Class of 1964. Graduate of St. Anselm College 1968.

A Commissioned Naval Officer in the United States Navy. Qualified in Nuclear Submarines. Qualified Officer of the Deck (OOD) on surface ships.

My family on both sides have been lifelong residents of Nashua.

My father was Atty. Karl Dowd, a Lawyer, a Judge and Banker in Nashua for many years. My mother was Edna Dowd (Burque) who taught high school at Nashua High on Elm Street before being married and then later in life taught at Ledge Street school.

System’s Engineering Functional Manager in Product Support at BAE Systems, Nashua, New Hampshire. I had been with Sanders Associates, Lockheed Martin and BAE Systems for thirty years. A Professional Logistician.

Prior to working at BAE Systems, I was a Program Manager at Dynamics Research Corporation, Wilmington, Mass.

Prior to that I was an engineer at VITRO Labs, Washington, DC, working on support for Nuclear submarines.

Have been an integral part of the team of Aldermen and Board of Education member Joint Special School Building Committee (JSSBC) (now Chairman) who have successfully completed the following projects over the past 17 years:

Personal info and interests outside of politics:

Season ticket holder of the New England Patriots; Fan of the Red Sox, Bruins, and Celtics.

One of the other key issues is speeding.  I have worked with the Board of Public Works to erect signage to slow traffic down and with the Police Department on enforcement. Recently asked the new Chief of Police to post cars occasionally on Tinker Road and Ashland Streets.

I have worked with the Mayor and the Board of Public Works to get some of our worst streets paved and have set up priorities to address others as we can afford to do the work. We paved some 31 miles of City streets this past Summer.

Another key issue is maintaining the quality of life for our residents while controlling spending to live within our means.  We must look at all of the long-term impacts of spending as well as the short-term spending.  I have spent over 30 years evaluating engineering design decisions and their lifelong impacts on total cost. We have to be careful not to be penny wise and pound foolish.  We must be careful to consider Life-Cycle-Costs (LCC) to the City when spending Tax dollars.